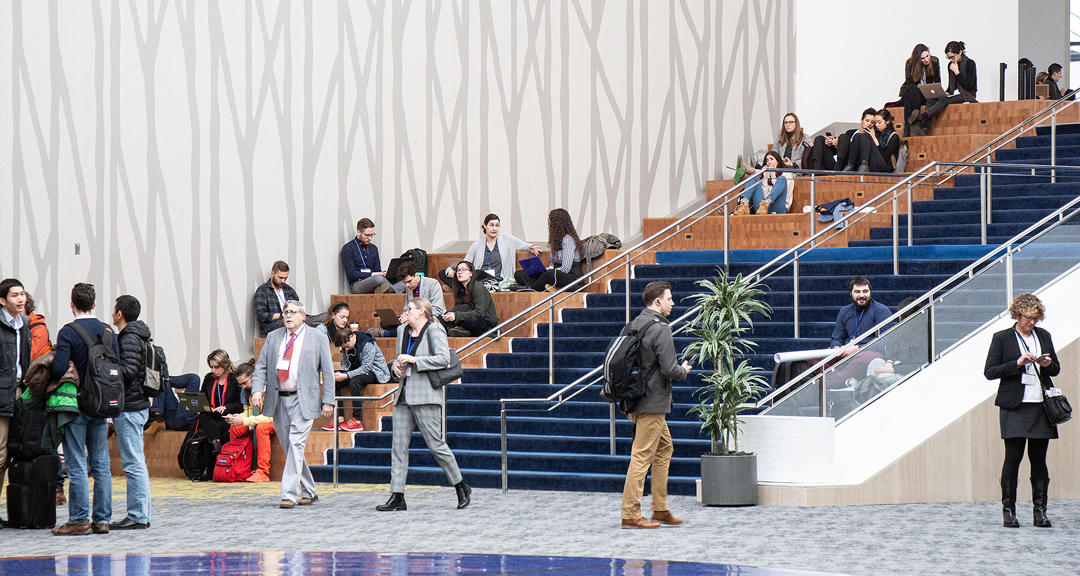 Portland’s most prominent visitor venues, operated by Metro, contributed $773 million to greater Portland’s economy in 2018, according to a report by Crossroads Consulting. The report said the Oregon Convention Center, Portland Expo Center, Oregon Zoo and Portland’5 Center for the Arts combined for 1,435 events, collectively which translated to $773 million in spending, 7,310 jobs and $27.7 million in tax revenue.

More than 3.5 million visitors spend time in Metro’s visitor venues each year, participating in business-to-business events, attending arts performances, supporting animal conservation and enjoying lifestyle and hobby shows. Combined, the venue business creates an enormous economic impact for the region and state as well as contributes to the creation of thousands of jobs across the metropolitan area.

“I am proud that our venues enhance cultural experiences, provide engagement with the arts for Title 1 schools and advance conservation efforts in our region and beyond. Additionally they provide substantial economic benefits to our region generating taxes to pay for schools, safety and roads,” reported Scott Cruickshank, general manager of Metro Visitor Venues. “Over the past few years, we have diversified programming and event offerings to serve our increasingly diverse community. This double bottom-line approach balances revenue growth with inclusivity and intentionality to serve the entire region’s population and create safe and welcoming places for our guests from around the globe.”

The Oregon Convention Center is updating its interior spaces, lobbies, and ballrooms to reinvigorate the center for local Portlanders as well as improve national competitiveness. This renovation along with the upcoming opening of the Hyatt Regency Portland at the Oregon Convention has led to increased convention bookings of 43 percent, thus far. Collectively, these construction projects will attract guests from all over the globe in areas of sustainability, healthcare, aviation, transportation and academia.

The OCC renovation construction contractor proposal process resulted in the largest Oregon public works contract being awarded to a minority-owned business as the prime contractor. Colas Construction was selected as the general contractor for the $31 million renovation project. Metro’s procurement process used typical contractor selection criteria and emphasized the value of diversity and inclusion by integrating State or Oregon Certification Office for Business Inclusion and Diversity (COBID) criteria which supported the firm’s ability to submit a responsive proposal.

“The expectation and social contract with the residents of the Metro region is that the Oregon Convention Center attracts and supports activities that create jobs and produce robust economic impacts with an intentional effort to offer these employment opportunities to the African American families displaced in the past by the development,” said Craig Stroud, Oregon Convention Center executive director. “Attendees of national conventions spend an average of $404 per day while in Oregon. Meanwhile, their inspired moments echo throughout the world through their innovation, scientific research, and healthcare breakthroughs occurring within our center.”

Concurrent construction is happening on the Hyatt Regency Portland at the Oregon Convention Center to increase the convention centers national and international competitiveness. Metro incorporated apprenticeships hours, COBID contracting, and workforce social equity goals in its contract with Mortenson Development, hotel developer, to advance the number of women and people of color in the construction trades. The apprentice goal of 20 percent has been significantly exceeded at 28 percent, thus far. The workforce aspirational goals for utilization of workers of color and women were intentionally set above the current available workforce, at 30 percent and 15 percent respectively. To date, the project has exceeded 29 percent for workers of color. With 7.9 percent of the employee hours completed by women, the project is attracting twice the average female workforce of various trades available in the marketplace.

“The Portland Expo Center serves as a Portland gathering place for a wide variety of events and communities. The majority of our events are for hobbyists and enthusiasts that are choosing to connect, share experiences, and purchase products and services onsite. Additionally, Expo serves as a remembrance site for people of color in the greater Portland region who lived in the surrounding area during the Vanport Flood and the Japanese-Americans interned at the Portland Assembly Center during World War II,” stated Matthew P. Rotchford, Portland Expo Center executive director.

The Oregon Zoo continues to exceed prior attendance records, and its popularity is only expected to grow with the upcoming completion of the eight major projects made possible by a community-supported zoo bond measure.

“As we enter the final stretch of the Oregon Zoo bond project, it is exciting to see the campus transformation that will further advance our mission to create a better future for wildlife. The Oregon Zoo is proud to be the most-attended cultural attraction in Oregon, reaching an all-time high attendance of 1.7 million guests this past year. This wide spread support from residents throughout our region validates that our mission to advance conservation, education, and animal welfare resonates with our local community,” stated Don Moore, Zoo Director.

Portland’5 Center for the Arts which includes the Keller Auditorium, Arlene Schnitzer Concert Hall and the Brunish, Winningstad and Newmark theatres in Antoinette Hatfield Hall fosters culture, diversity, inclusion, education and engagement through the performing arts. This is distilled into the Portland’5 mission statement: We change the world through the arts, and the mission of the education program: To offer culturally relevant education programming as part of Portland’5 Centers for the Arts’ commitment to celebrate diversity and broaden access to the performing arts for people of all means, cultures and ethnicities.

The National Endowment for the Arts has reported that youth exposed to the arts have better academic outcomes, higher standardized test scores, more ambitious career goals and are more civically engaged. The study shows a promising correlation: eighth graders from low-income backgrounds who have high levels of arts engagement achieved higher test scores in science and writing than students who had low levels of arts engagement. “P’5 Presents”, a division of Portland’5 that self-marketed shows, diversifies the programs offered and, with the education program, provides a conduit for disadvantaged youth to experience the arts.

Entering the third year of their Education and Community Engagement program, Portland’5 Centers for the Arts introduces Title 1 students to a diverse selection of world-class lectures and performing arts events. The education program intentionally seeks and supports teachers and students in Title 1 schools in Clackamas, Multnomah and Washington counties. In 2017-18, the program served 14,000+ students and staff.

“By connecting community with culture, we are making the world a better place through the arts,” said Robyn Williams, executive director. “P’5 Presents enables the diversification of our programming to serve the wide array of interests of our community. The National Geographic series attracted the adventurous to inspire conservation by bringing far corners of the world into and onto the stages of our theatres. Music lovers heard sounds from Las Migas, Lil’ Buck & Jon Boogz as well as the various performers during Music on Main which provides free concerts throughout the summer. And, this Broadway season, we had a record breaking three-weeks of the mega-hit Hamilton.”

By Heather Back, for Metro News