Our exclusive food and beverage vendor pacificwild Catering provides both catering and restaurant options while staying sustainable and local.

Our passion for local, seasonal ingredients and sustainability transforms an event at the Oregon Convention Center into more than a pleasant experience and good meal. Through these, we express our commitment to supporting and maintaining Oregon's rich natural resources, promoting its culinary and cultural heritage and imbuing every occasion, from 10 guests to 10,000, with a sense of place and our unique spirit.

Our experienced chefs understand food. They also understand the sensitivities that can arise. Our culinary experts proudly provide options to address specific requirements, allergies, intolerances or religious restrictions. From vegan to gluten-free, our knowledgeable and experienced sales managers will work directly with you to ensure we create the perfect dining experience for your event.

Born in Nairobi, Kenya, Chef Allan Wambaa’s culinary exposure started in his family’s restaurant. He attended culinary college at The Career Training Centre in Nairobi and apprenticed at the Safari Park Hotel, one of the top five-star restaurants in the city.

Chef Wambaa advanced his career by accepting an offer to act as the personal chef to the royal family of Saudi Arabian Prince Fahd bin Khalid Al-Saud. Next, he traveled to the Seattle, Washington to embark on a series of culinary experiences with the Palisades Restaurant. Expanding his expertise, he entered into food and beverage management, spending six years as executive chef with The Compass Group.

To pursue his next challenge, Chef Wambaa became executive chef at Benaroya Hall where he worked with world-renowned chef Wolfgang Puck, followed by a turn as Executive Chef for Bell Harbor International Conference Center and World Trade Center Seattle. Chef Wambaa joined Aramark at the Tacoma Convention Center in 2005. While there, he used his executive level management skills to train staff, streamline processes, boost efficacy and satisfaction while cutting internal costs and food waste.

In the fall of 2011, Chef Wambaa joined pacificwild Catering, which is based at the Oregon Convention Center, and also serves Portland’5 Center for the Arts and Portland Expo Center. His passion for fresh flavors, local ingredients and cooking from the source has paired nicely with the veritable bounty of ingredients the Willamette Valley has to offer.

In 2013, he received the Silver Award Winner for Best New Menu Item for his Kuku Paka, a Chili-rubbed Draper Valley Chicken skewer with an Oregon Hazelnut crust. This dish also received an Honorable Mention in Venues Today magazine. Chef Wambaa was then featured in “Serving Up Great Talent,” an article in Black Meetings and Tourism magazine. His work continues to earn numerous accolades including an additional Venue Magazine’s showcase of his award-winning Kuku Paka in the August 2014 Issue, as well as a 2019 Produce Excellence in Foodservice Award from the United Fresh Produce Association.

His commitment to culinary expertise and perfection never ceases to end. Chef Wambaa has continued to add to his culinary knowledge and prowess by attending refresher and certification courses at the prestigious and well known Culinary Institute of America in Hyde Park, New York. Through this institute, he became certified as a Pro-Chef II, and most recently Pro-Chef III. Both carry prestigious culinary weight in the industry, joining just a handful of other chefs to excel in these certifications. In addition, he has been accredited with certifications of Chef De Cuisine and Certified Executive Chef with the American Culinary Federation, a culinary governing body for industry accredited chefs.

Chef Wambaa is very global and well traveled, speaking seven languages, trained in different styles of international cuisines, and not to mention his love for local Portland food fare.

We have a special treat for you!

We're able to customize orders to address any dietary restriction too. If it’s gluten-free pastries for a basic continental breakfast, a vegan chocolate cake for a gala event, or a hot and fresh Zeppole donut station for the reception, our pacificwild team can serve up whatever you and your attendees desire! pacificwild has the talent and culinary expertise to create unique, scratch-made pastries and desserts—all prepared on premises using only the freshest, locally-sourced ingredients. Whether you crave something sweet, savory or delightfully decadent, your Pacific Northwest dining experience won’t be complete without trying one of our signature treats!

Drawn by the innovative local food scene, temperate climate, and bountiful coffee options, Chef Becky relocated from Chicago to Portland with her husband and two dogs in the fall of 2018. They often spend their days off hiking Mount Hood or the Gorge, and evenings checking out bars and restaurants. She aims to combine both innovative and classical techniques with local ingredients to bring the already successful pastry program at the Oregon Convention Center to the next level. 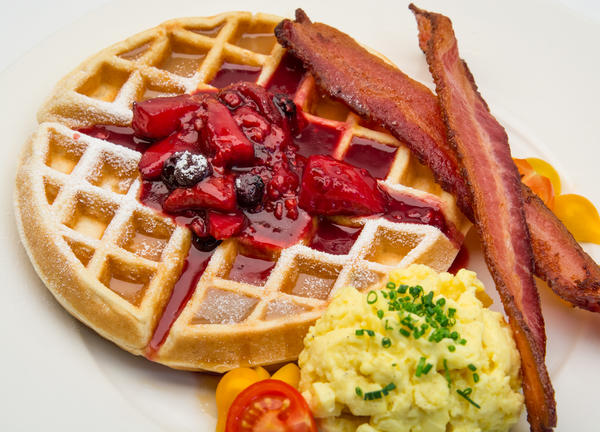 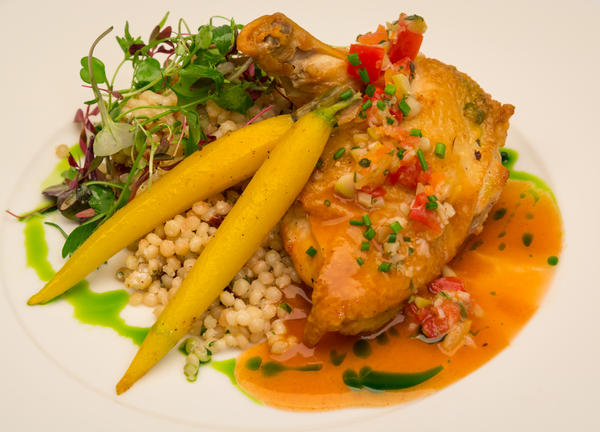 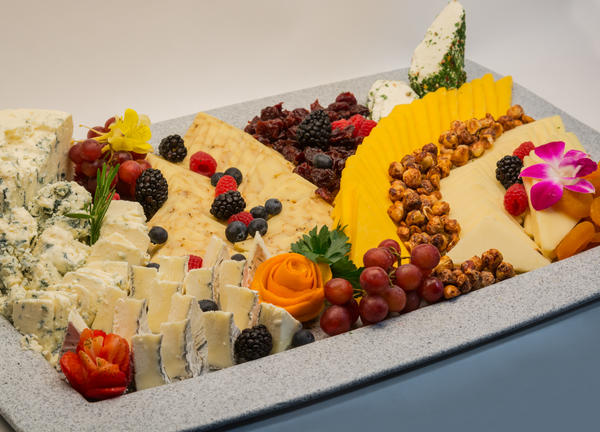 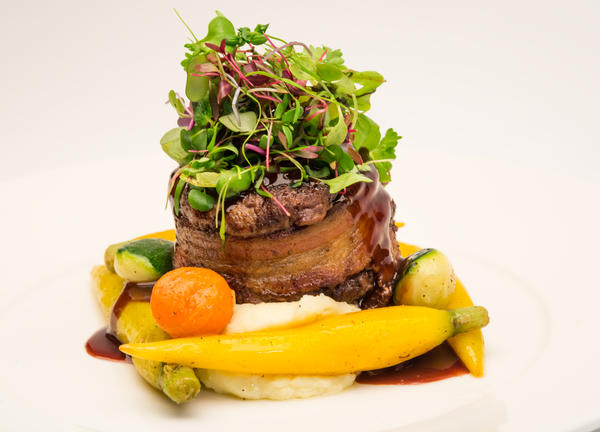 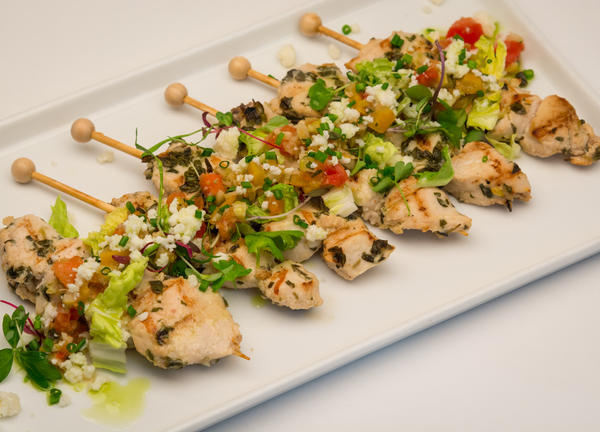 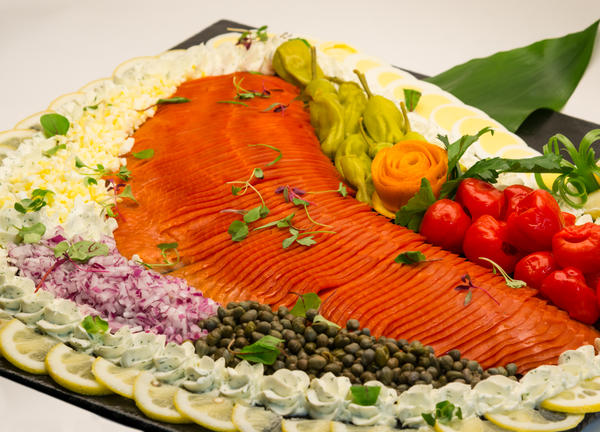 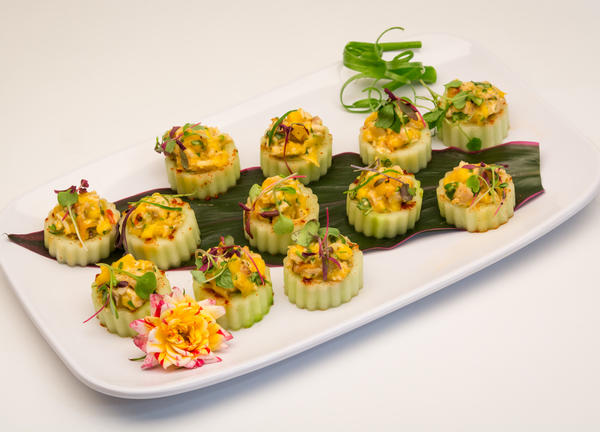 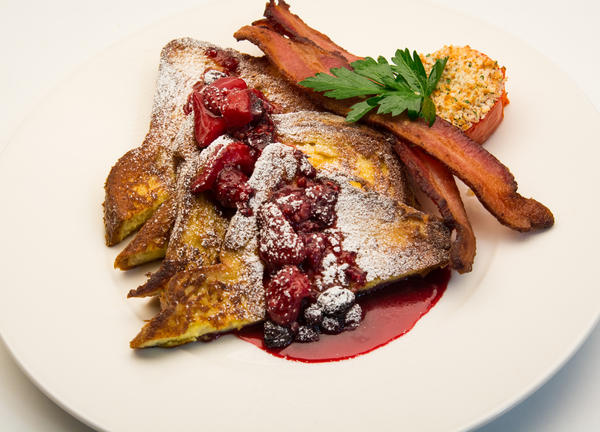 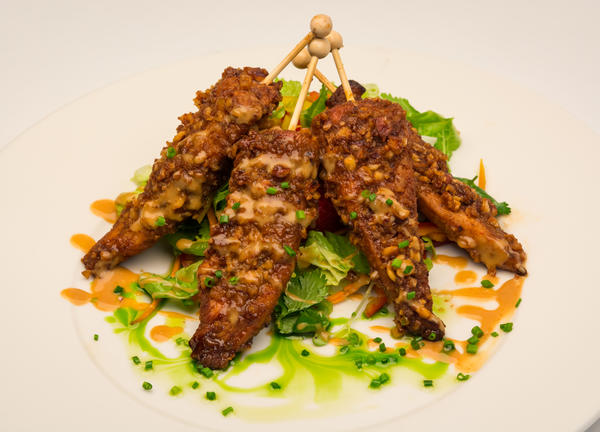 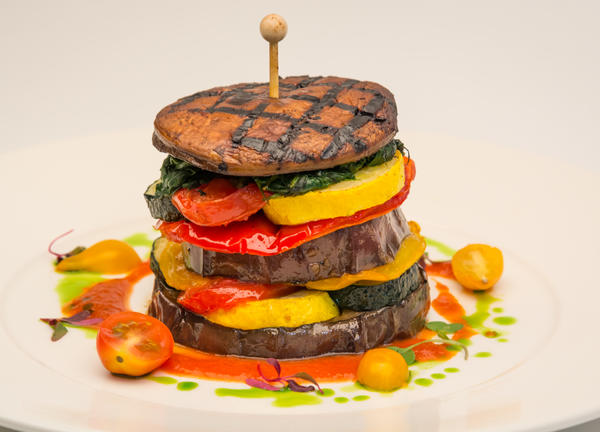 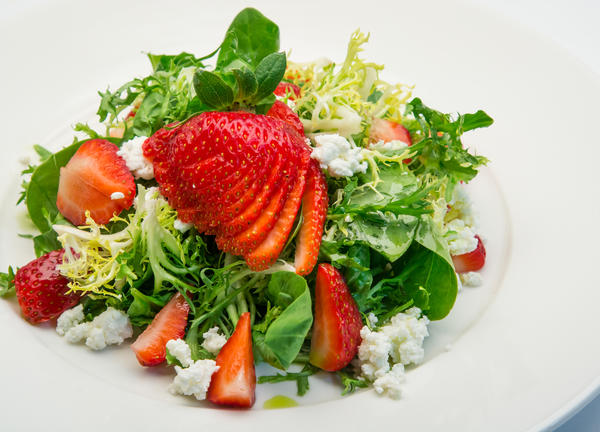 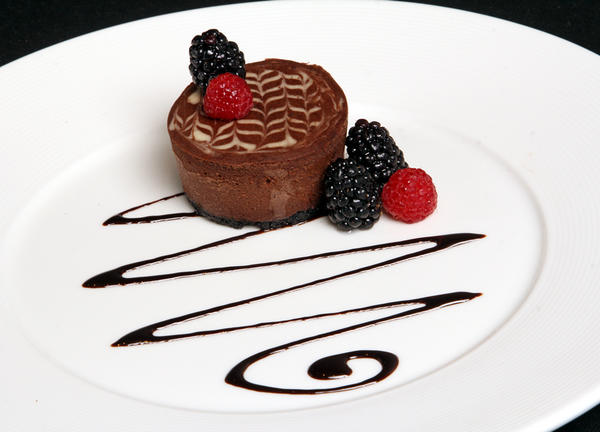 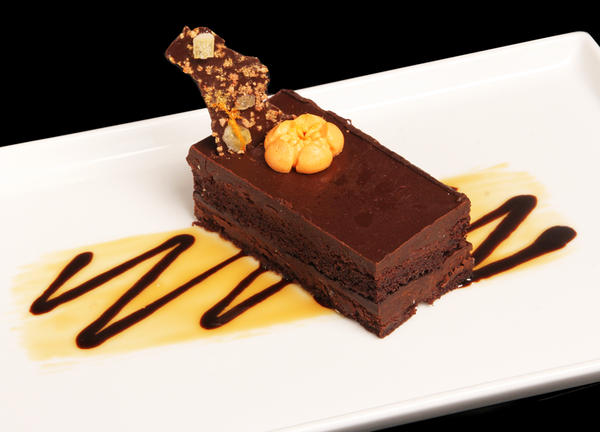 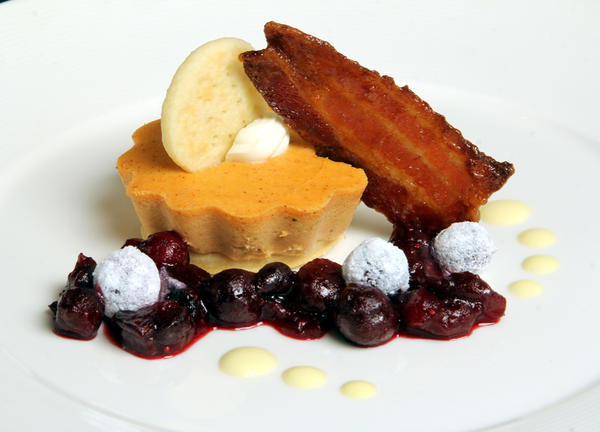 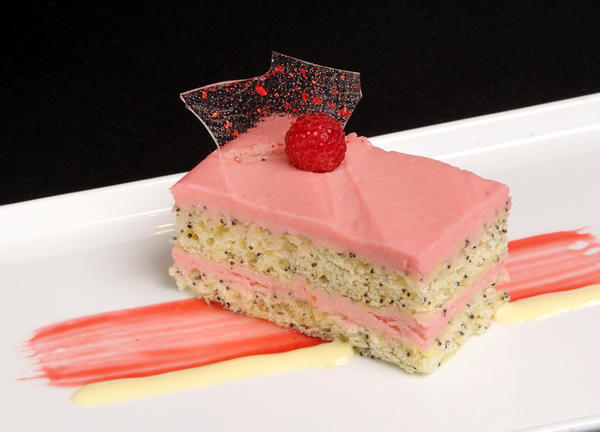 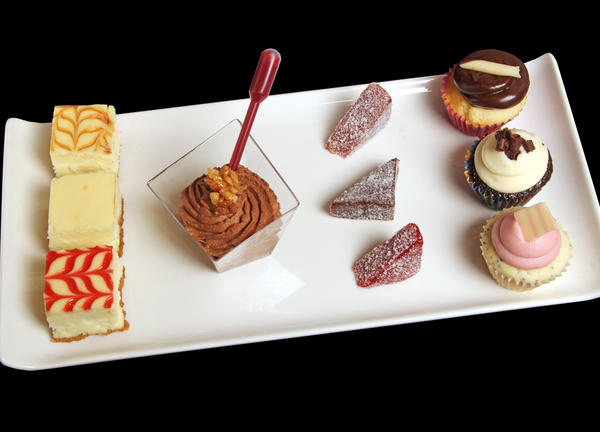 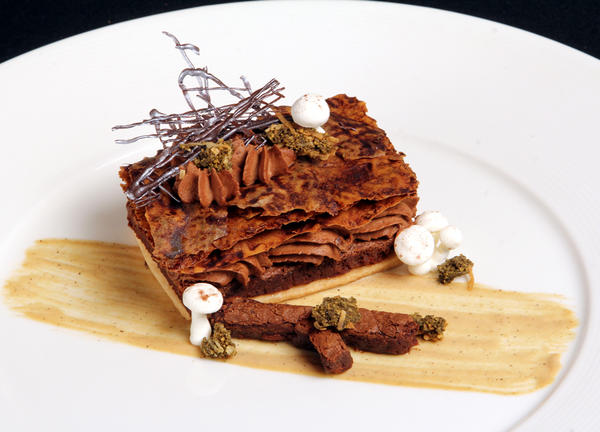 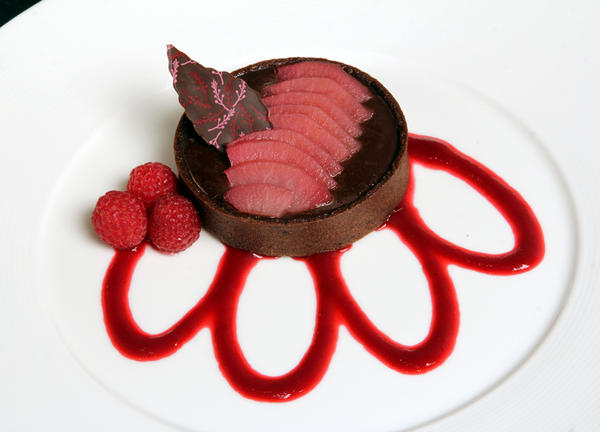 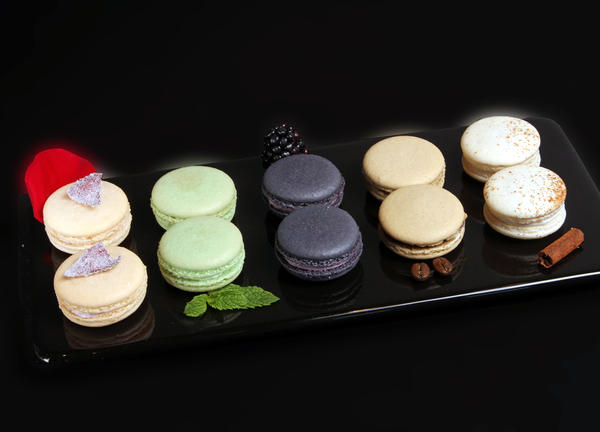 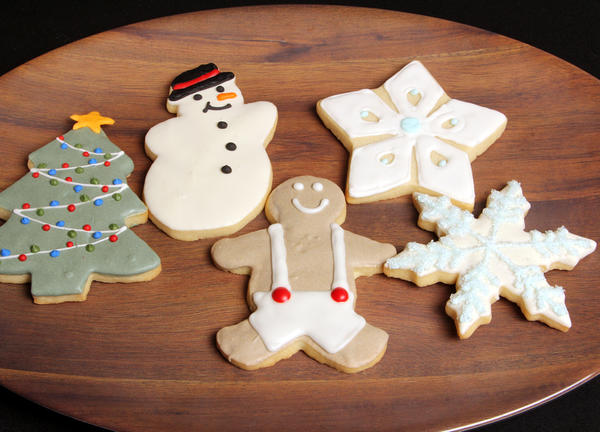 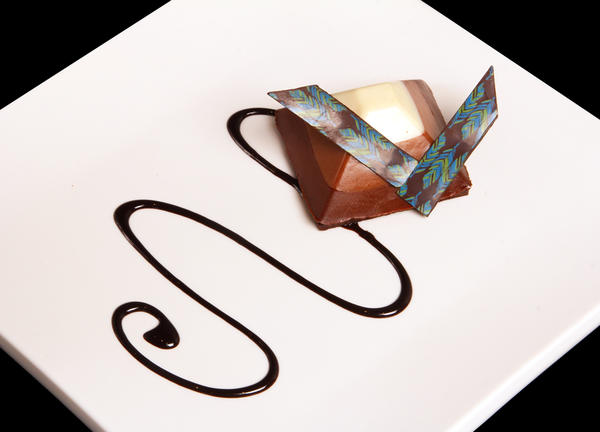 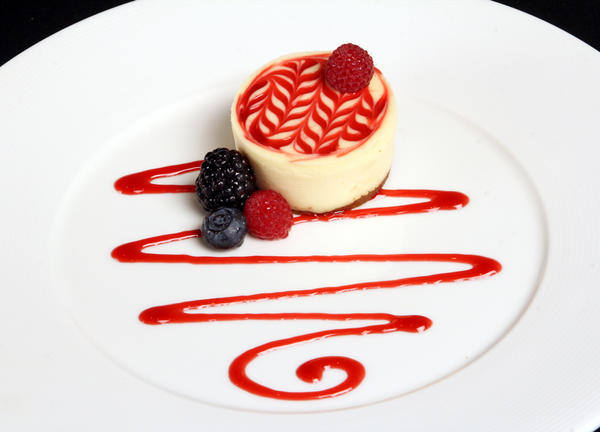 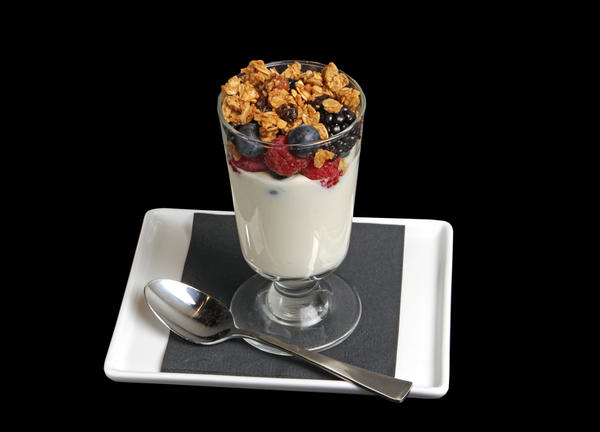