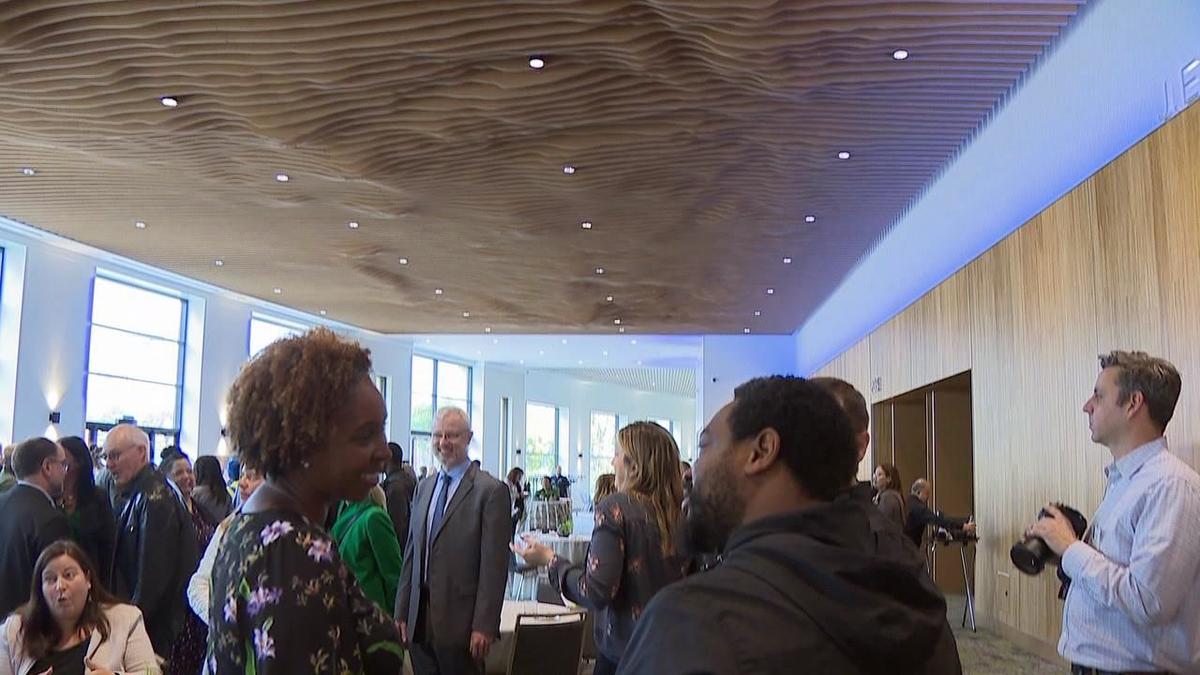 PORTLAND, Ore. — After more than a year of construction, renovations at the Oregon Convention Center are complete.

Officials from Metro and the Metropolitan Exposition Recreation Commission (MERC) joined the Oregon Convention Center in unveiling the building on Monday, renovated with the Pacific Northwest in mind.

The ceiling is a topographic map of the Cascade Mountain Range, and the new carpet is meant to resemble lichen growing in the forest.

Metro and Oregon Convention Center officials says the renovation comes at a critical time, as Portland is becoming a hot spot destination for meetings and conventions.

The renovation cost $40 million, which Metro and the Oregon Convention Center say was completed on time and within budget.