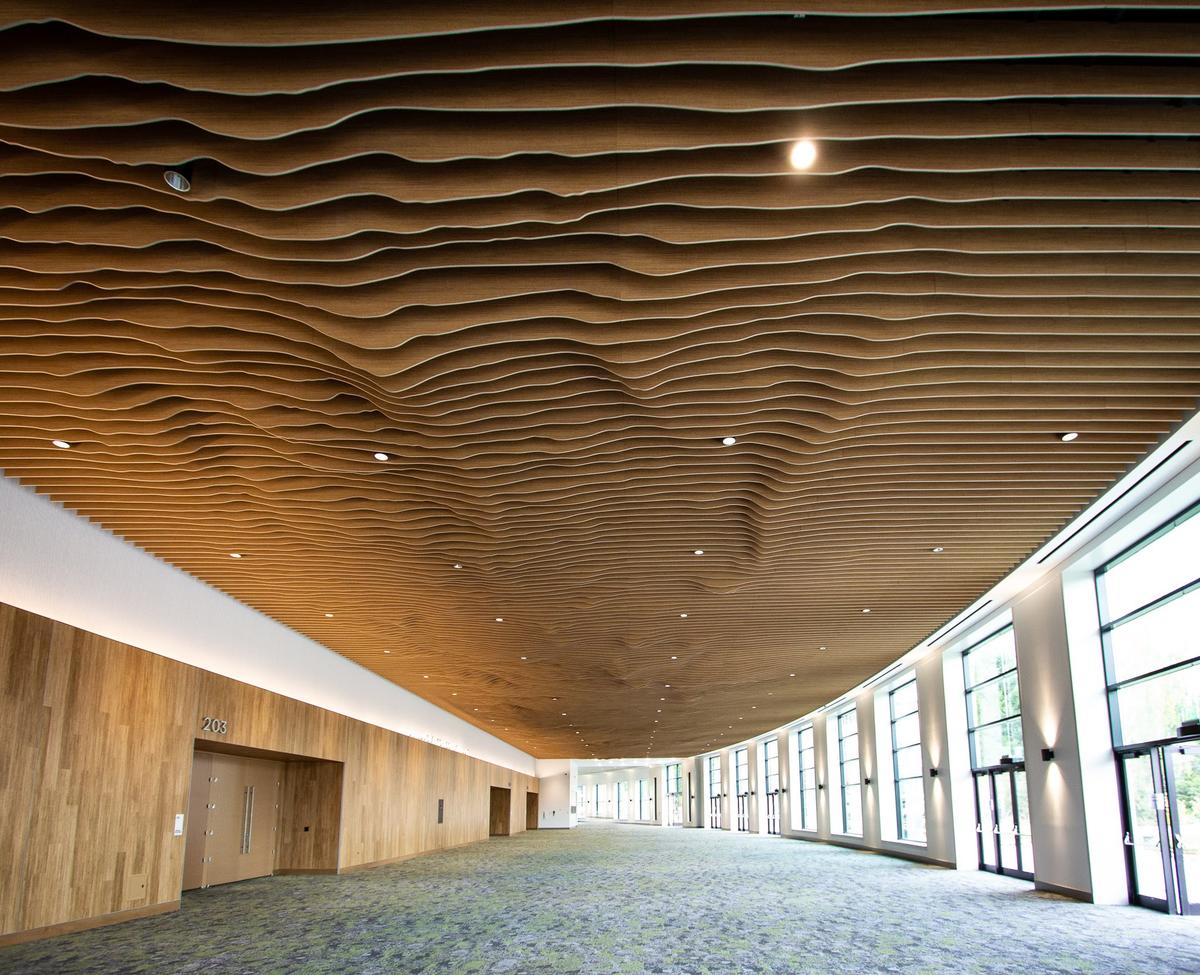 The Oregon Convention Center has emerged from a 14-month renovation looking, contractors hope, a little more like Oregon.

The carpets, black and grey with green splotches, are meant to resemble lichen. Staff say the new ballroom ceiling takes its inspiration from the forest. And the wooden slats on the ceiling create a topographical map of the Cascade mountain range.

The design changes, unveiled to community members Monday afternoon,  are part of a $40 million renovation that Convention Center leaders hope will boost Portland’s image as a top-notch meeting destination.

“We spent a lot of time in convention centers,” said Craig Stroud, the center’s executive director. “Usually, when you’re in them, you feel like you could be in any convention center across the United States. We wanted to change that. We wanted people in the Oregon Convention Center to know they’re in Oregon.”