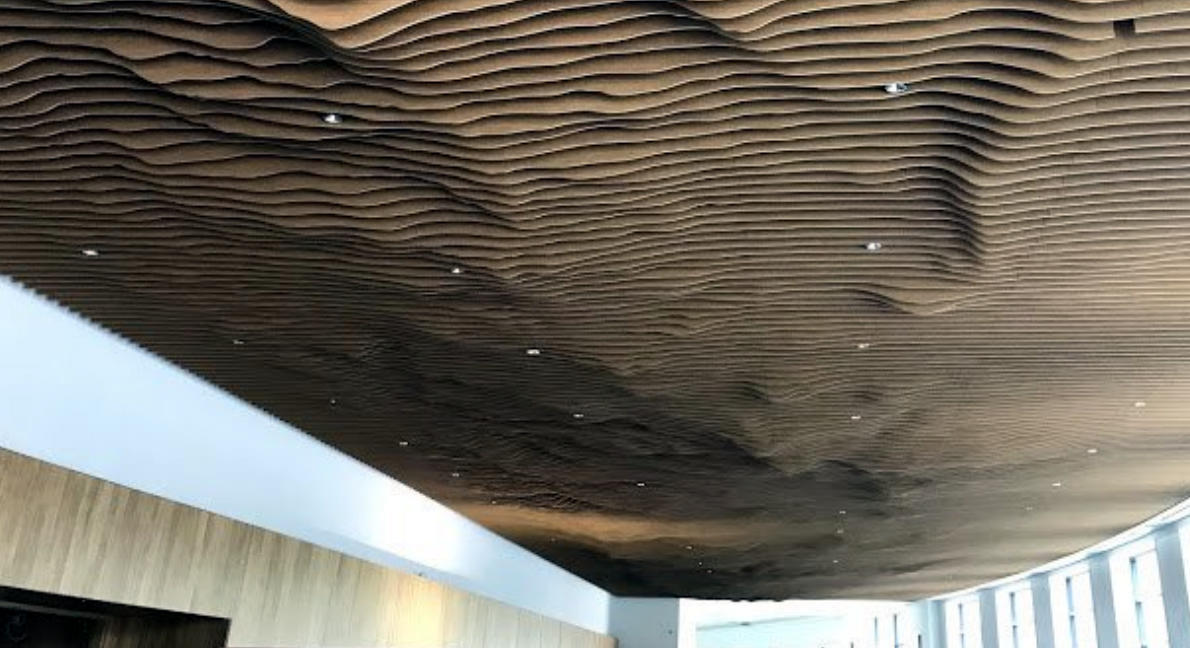 When you step into the newly refreshed Oregon Convention Center, you might actually feel like you've stepped into the Oregon outdoors.

At least that's what the $40 million project — the first major revamp of the center since its first phase was built in 1990 — was shooting for in its design and inspiration.

New carpet tiles look like the lichen found in an Oregon forest, wallpaper evokes towering trees and an intricate ceiling installation in the Oregon Ballroom, comprising more than 1,000 wood-like panels, has the feeling of a forest canopy. Outside the ballroom, another ceiling feature displays a topographic stretch of the Cascade Range from Mount Hood to Crater Lake.

"A lot of times, you'll visit a convention center and they all just look the same — plain walls, neutral carpet," said Craig Stroud, the OCC's executive director. "We wanted to bring finishes here that make a statement that you're in Oregon."

The phased remodel, which kicked off last September, has also improved the connection between the original building of the center and the addition, which was built in 2003.

Another phase remade the entrance and lobby area along Northeast Martin Luther King Jr. Boulevard. A new canopy there consists of a large cantilevered glass structure that lights up and highlights the entrance.

The final phase, which is set to wrap up in October, is an extensive update to the Oregon Ballroom. That's underway at present, as is work to reconfigure the center's outdoor plaza at its northeast corner.

Overseeing the project is Portland's Colas Construction. The contract for the project is, according to OCC, the largest ever public works project awarded to a minority-owned business in Oregon. And more than 55 percent of the work is being done by minority- or women-owned businesses.

"It's been a great project for us," said Alexander Colas, head of the special projects division at Colas. "And how we've come to get so much inclusion with the diversity in trades is just through the long-term relationships that started when my father started the firm in 1997. He has always made it a (priority) to be inclusive."

LMN Architects of Seattle is the primary firm on the project, while Merryman Barnes Architects of Portland is the local architect.

Thanks to a busy few years in the convention business — last year was a record year — Stroud said the OCC was able to self-fund the project. The center hosts about 500 events each year, including 50 conventions, and Stroud said business should remain solid, especially with the 600-room Portland Hyatt Regency at the Oregon Convention Center set to wrap up construction by year's end.

"That's a game-changer for us," he said.