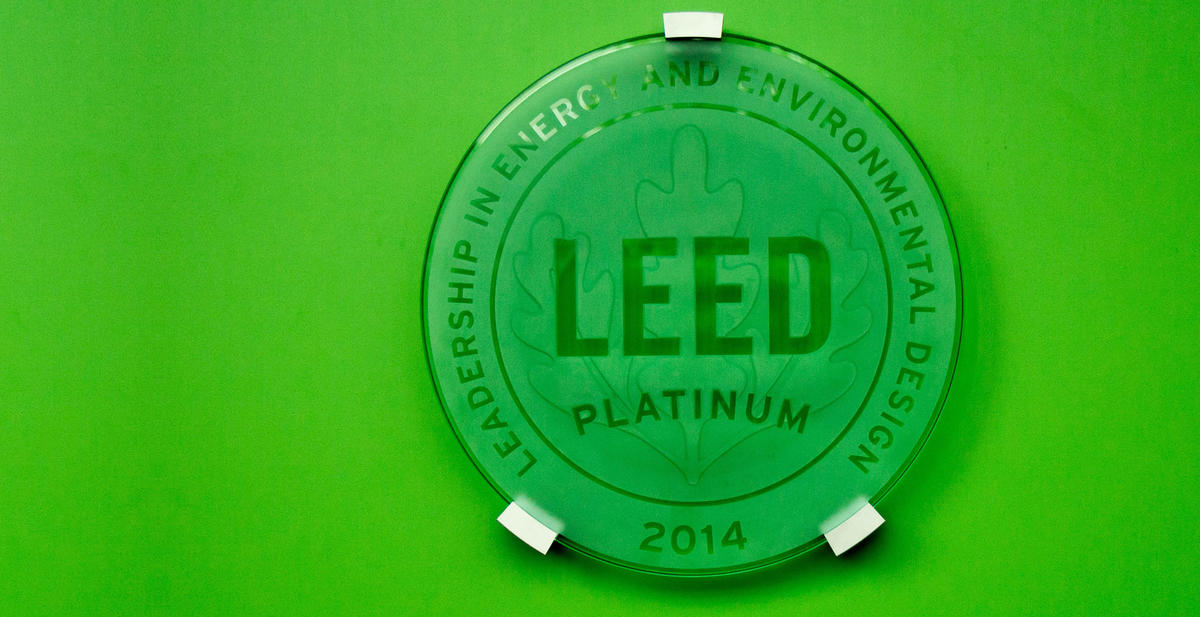 The Oregon Convention Center has been recertified as a LEED® Platinum building by the U.S. Green Building Council — the highest of the USGBC’s Leadership in Energy and Environmental Design standards and an internationally recognized benchmark for sustainable building practices. OCC is one of only two convention centers in the United States to hold that distinction and continues a Portland tradition of achieving the highest levels of sustainable practice.

“Sustainability is deeply woven into the fabric of our entire operation and culture, and it has become a key factor for why many groups choose the Oregon Convention Center," says Craig Stroud, OCC's Executive Director. "Achieving LEED Platinum recertification not only validates years of dedication and commitment by our staff, but that we’ve clearly succeeded in our mission to be one of the most sustainable event venues in the world."

For the Portland Metro area, the award represents the latest green building milestone in a region that has earned a reputation as one of the most sustainable places in the country. Indeed, Portland boasts some notable LEED certified buildings – but rare is one with Platinum status that has more than one million square feet of space and operates 24 hours a day.

“Achieving a recertification at the Platinum level is a testament to the employees that champion this work every day,” says OCC sustainability manager Ryan Harvey. “Because the OCC was not designed as a green building, achieving LEED Platinum is the result of the priorities, actions and values that drive our decisions. The commitment of our staff to sustainable practices and facility management are the reason that this is possible.”

Owned and operated by Metro, the regional government agency that works to advance sustainable and environmental stewardship across the Portland metropolitan area, the Convention Center is the largest of its kind in the Pacific Northwest. It was constructed in 1990, well before “Green Building” and “LEED” became commonly used terms. From the perspective of green design, the Convention Center pre-dates this current era where newly built convention centers are expected to achieve LEED status upon completion.

LEED Platinum recertification thus represents decades of focused dedication by the Convention Center and Metro to not simply keep pace with industry standards but to become leaders of them. “Our focus has been on continuous improvement over the years,” says Matthew Uchtman, the Convention Center’s Director of Facilities & Operations. “This achievement did not happen overnight.”

In 2003, thirteen years after opening, the Convention Center expanded its campus by doubling its square footage. During the expansion, the facility also incorporated a number of green features and practices. In 2004, the Convention Center became the first convention center in the world to be designated LEED Certified. Four years later, after expanding internal programs and strengthening community partnerships, the Convention Center reached another pinnacle when it was awarded LEED Silver Certification for Existing Buildings.

To achieve this, Uchtman says, the Convention Center engaged a specific, “step by step process to prioritize our efforts around water and energy efficiency.  It was rewarding to see our efforts recognized by the LEED organization.” The focus also included a wide range of projects: plumbing retrofits, lighting projects and heating and cooling system upgrades. And instrumental throughout all of this has been the Convention Center’s staff’s ability to adapt and learn. In this regard, the daily actions of OCC staff were what ultimately helped the OCC to achieve a LEED Platinum designation.

While there is no level higher than LEED Platinum certification, Sustainability Manager Ryan Harvey is confident that there’s more to come. “Although this is an enormous accomplishment, the OCC will continue to innovate and lead the events industry in a more sustainable direction,” Harvey says. “With the support of Metro and the backing of the region, our organization is in the unique position to provide both leadership and inspiration. The Oregon Convention Center is a model of a business that’s both successful and sustainable.”

The Oregon Convention Center is the largest convention center in the U.S. Pacific Northwest and is a leader in sustainable operations and business practices. The OCC became the first LEED-EB certified convention center in 2004, and then achieved LEED-EB Silver in 2008 and LEED Platinum in 2014. The facility has also been Salmon-Safe certified since 2007 from Salmon-Safe, a clean water advocacy nonprofit, for its innovative rain garden, responsible storm water management efforts and integrated pest management policy.

The OCC is owned and operated by Metro and managed through the Metropolitan  Exposition and Recreation Commission. Metro, the regional government, crosses city limits and county lines to build a resilient economy, keep nature close by and respond to a changing climate. Representing a diverse population of 1.8 million people in 25 cities and three counties, Metro’s directly elected council gives voters a voice in decision about how the region grows and communities prosper.