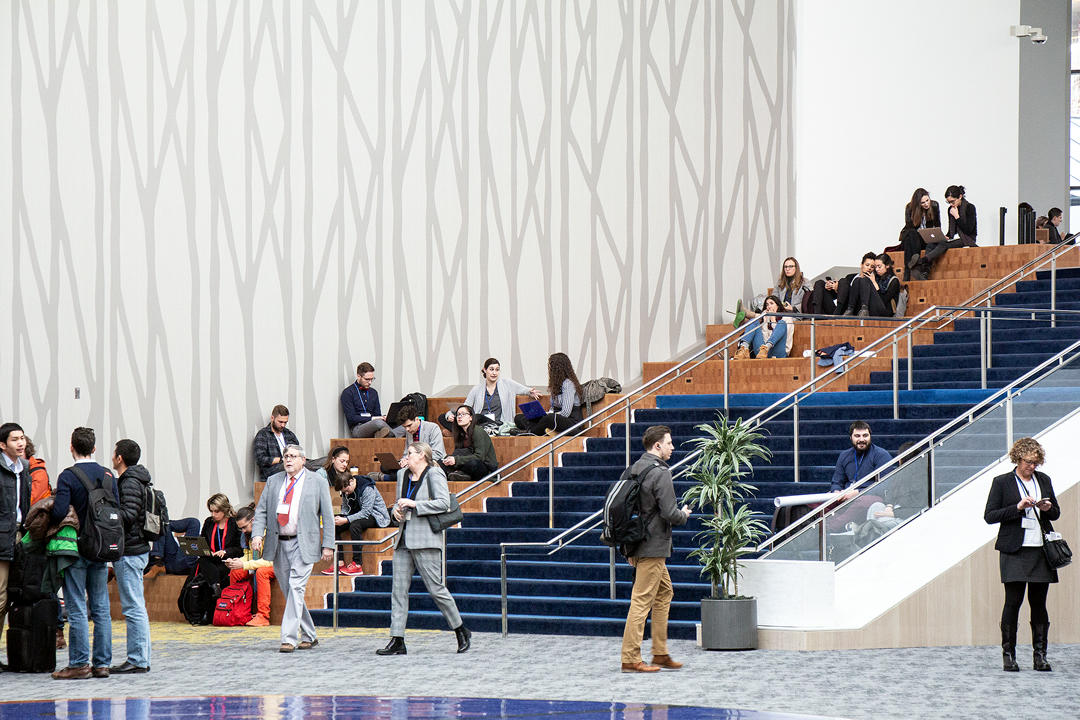 While construction of a new 600-room Hyatt Regency Portland hotel may be grabbing the most attention in the city's Lloyd district, another project is quietly taking place nearby.

The nearly 30-year-old Oregon Convention Center is undergoing a $39 million renovation. The project, which includes interior and exterior work, aims to update the look of the facility while also increasing the flexibility of its spaces and making it easier for visitors to find their way around the building.

The 12-month-long project is slated for completion in September, less than six months before the nearby hotel is expected to open its doors to guests. Providing a more polished feel for the convention center to match the sleek digs of its new neighbor is just one reason why this has been the right time for the renovation, according to Craig Stroud, executive director of the facility.