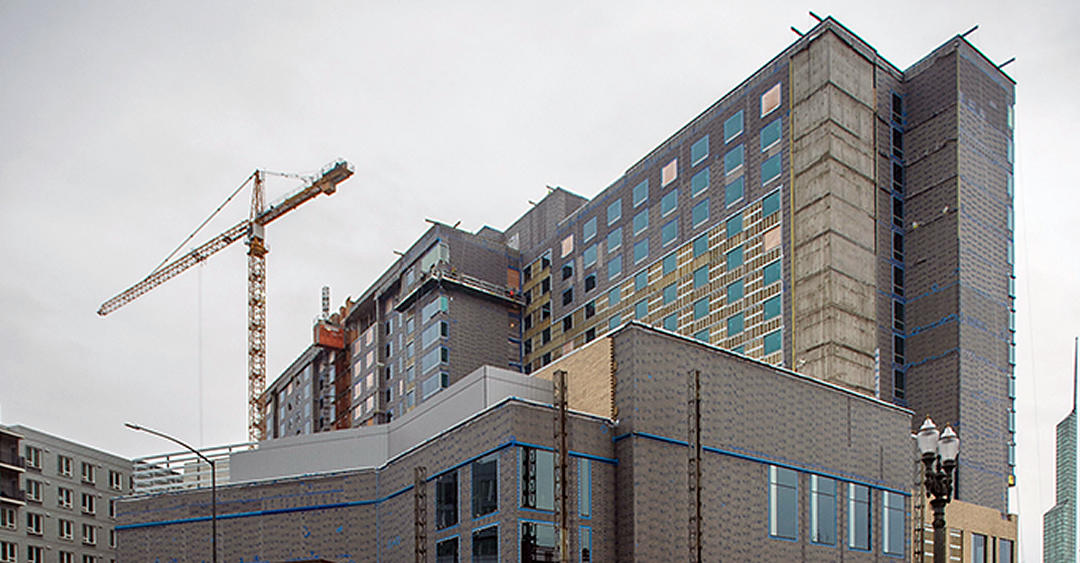 The construction site has become a seeming fixture, but crews are clearly making progress on the massive Hyatt Regency Portland at the Oregon Convention Center.

The hotel will be 14 stories and hold 440,000 square feet. Inside, there will be 600 rooms, a pair of ballrooms and meeting space. Metro is spearheading the project to serve its convention center across Northeast Holladay Street.

General contractor Mortenson Construction has completed roughly 75 percent of the work on the project, which was designed by ESG Architects of Minneapolis. The project is on schedule, according to senior project manager Pat Clemons and market director Mike Clifford.

“It’s in a prominent position right there by the freeway,” Clifford said. “It’s nice putting a development like this into an area like this, where it sorely needed it. It was a missing link between all of these things. So instead of having a negative there, which were the parking lots and derelict buildings, to be putting in something that actually generates people and creates energy, I think it fits well.”