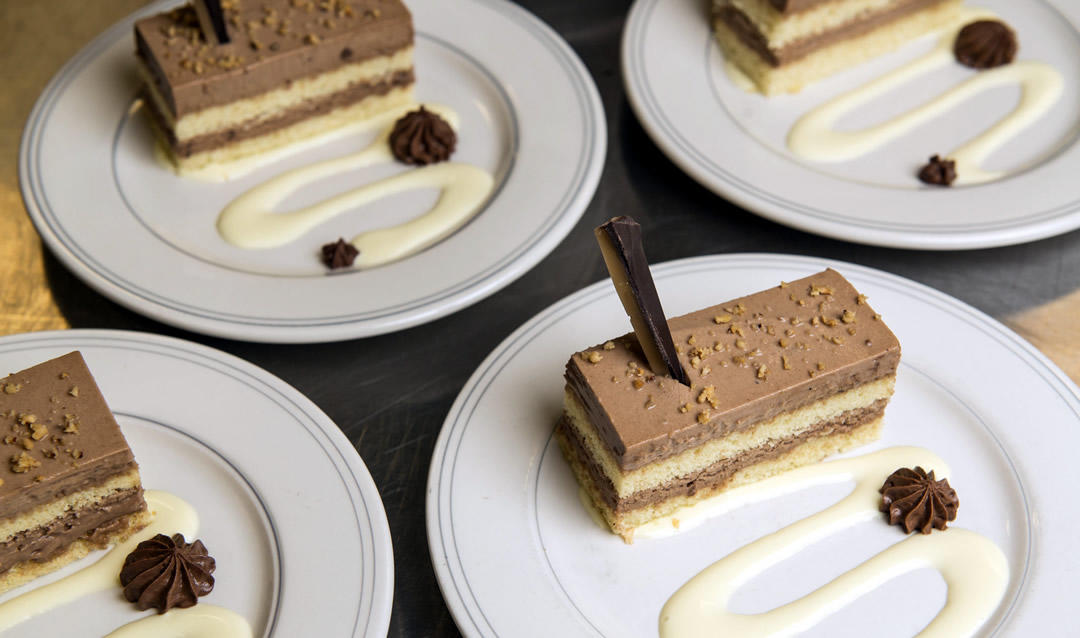 Drawn by the innovative local food scene, temperate climate, and bountiful coffee options, Chef Becky relocated from Chicago to Portland with her husband and two dogs in the fall of 2018. They often spend their days off hiking Mount Hood or the Gorge, and evenings checking out bars and restaurants. She aims to combine both innovative and classical techniques with local ingredients to bring an already successful pastry program at the Oregon Convention Center to the next level.