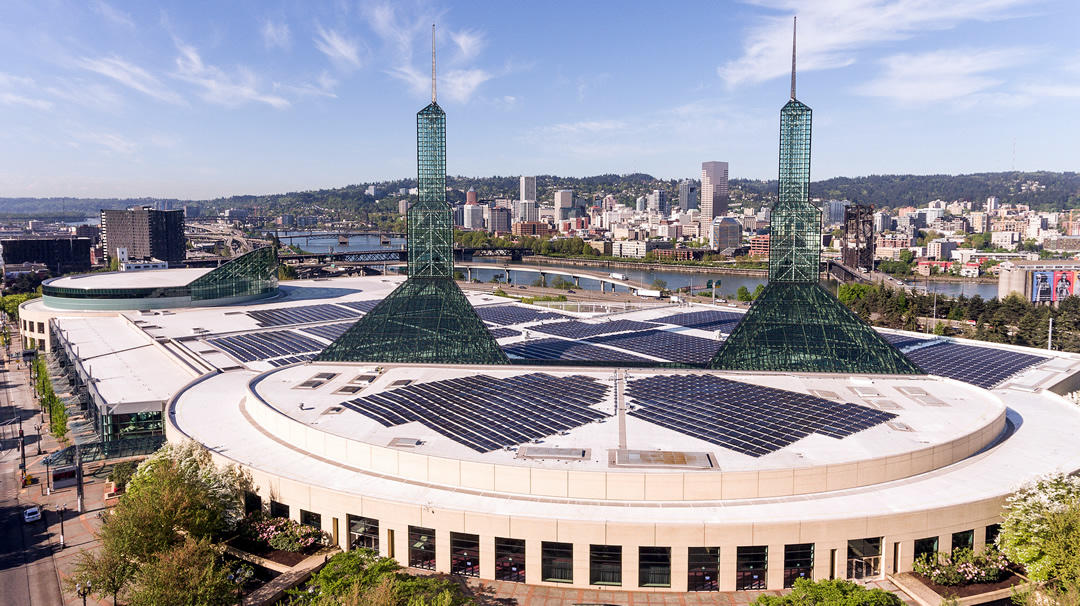 OCC is the only U.S. convention center that attempts to educate its clients upfront about the many ways an event can impact the environment and benefit our community. The center’s Waste Diversion Policy calls out the roles and responsibilities each partner owns in making an event more sustainable including actions that can be taken before, during, and after an event.

Two years ago, OCC implemented the policy and today 94 percent of its events are in compliance. This encouraging response is largely a result of engaging each client at the beginning and then guiding them forward from wherever they stand on their path to sustainability.

OCC staff provide a roadmap for planning sustainable events, help vendors and guests practice green habits, and work with our community to support the environment. OCC has a long-term goal of reaching at least an 80 percent diversion rate, and this can only be achieved if staff ensure that the material brought into the building can be recycled, donated, or taken back by the company that produced it.

For contracted events taking 30,000 square feet or more of convention space, a deposit is required. One hundred percent of the deposit is credited to the master bill once the event organizer complies with the policy requirements.

To set clients up for success, they are provided a standard list of items that are not recyclable in the Pacific Northwest and therefore shouldn’t be brought into the building. Following an event, clients are asked to place all recyclable items into the sorting receptacles we offer. Because collecting, sorting, and processing everything requires a lot of coordination — and cooperation — the policy also specifies who is to complete each task.

“Sustainability is woven into the environmental ethos and social responsible operations of the center to such a level that clients who choose the Oregon Convention Center for their event can proclaim they are a green meeting,” said Ryan Harvey, sustainability coordinator.

Reaching the LEED Platinum designation, the highest level of certification from the U.S. Green Building Council, for an existing center is nearly unprecedented with only two convention centers receiving this designation. The Oregon Convention Center is also the first venue in the world to have earned the highest level of the APEX/ASTM green meeting standard by the Events Industry Council.

Energy efficiency in the center is accomplished with 6,500 rooftop solar panels generating 25 to 30 percent of the convention center's energy consumption, which is the approximate equivalent of 133 Portland homes on an annual basis. Through the Pacific Power’s Blue Sky program and NW Natural’s Smart Energy program, OCC offsets 100 percent of electrical and natural gas use in the facility. As a purchaser of many Renewable Energy Certificates, OCC was recently invited to participate in a new Pacific Power program called Blue Sky Select allowing the center to direct funds to support the incubation of a solar farm project in Utah. Because of the way the electrical grid works, energy from this solar farm isn't actually being used; yet the center is creating a more sustainable energy industry.

Re-use organizations like Habitat for Humanity have partnered with OCC on product donations, receiving more than 50,000 pounds of items that could be utilized in its projects. Additionally, Blanchet House received donations of nearly 34,000 meals to help address food scarcity last year.

Public transit is encouraged with discounted transit passes to reduce the carbon footprint and ease transportation to and from the airport and various destinations throughout the city with the MAX light rail, street car, bus line and electric scooters all in very close proximity to the center.

Since 2004 when OCC became the first convention center in the world to earn a LEED certification as an existing building, the team has been a catalyst for change. Their next paradigm shift will be through partnerships and collaboration to deepen the environmental impact by collaborating with the clients who rent the facility.