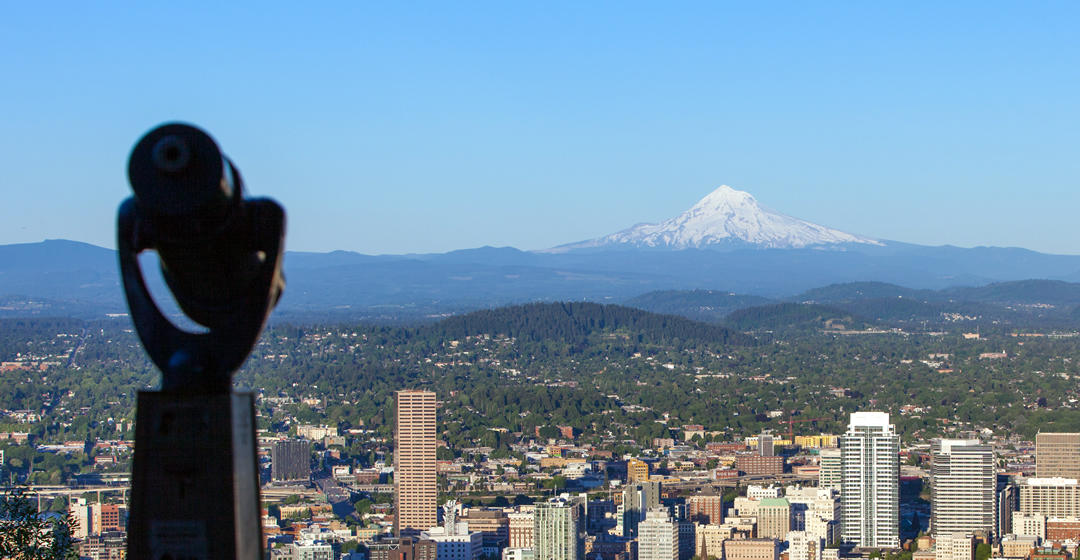 The Pacific Northwest: Lower Costs, Less Congestion and the Beautiful Wilderness Entice Planners to the Area

“The Oregon Convention Center is the largest convention center in the Pacific Northwest and is known for world-class features, including customer service and leadership in sustainability,” says executive director Craig Stroud. “We consistently score off the charts on our catering. We’re really well-served by our public transportation system. The MAX, Streetcar and transit lines all intersect and pass by the center, so it’s very easy to get anywhere in the region, including the airport.”

The convention center just started a $39 million renovation that will refresh the new and old portions of the facility and improve wayfinding, among other things. Construction is expected to wrap up in early 2020. The Hyatt Regency Portland at the Oregon Convention Center, the facility’s highly anticipated headquarters hotel, will be finished in the same time frame. It will have 600 rooms, 500 of which will be made available for meeting-goers.

“That differentiates this hotel from many others and is helpful particularly in the summer, when leisure travelers fill many of the hotels in the city and finding hotel blocks is difficult,” says Stroud.

Portland’s reputation as a place that’s friendly to craftsmen, locavores — and pretty much everyone, really — is a big draw for many associations. Desiree Everett, CMP, CGMP, director of convention sales for Travel Portland, says the organization’s staff is always available to help planners deliver authentic experiences to guests. “The Travel Portland team cultivates relationships with the city’s top hotels, chefs, makers and other businesses year-round. We’re there to help connect meeting planners with the best Portland has to offer, and we make it easy for planners to create authentic Portland experiences for their attendees. Our team can tell you who has the best set-up for the kind of event you want to host, as well as help you understand the best ways to get attendees where they need to go on Portland’s famous transit system, whether it’s by light rail, streetcar or using Biketown, the city’s Nike-sponsored bike share program.”

Phil McDonald, executive director of the American Association of Woodturners (AAW), says his association was so impressed with Portland that it’s taken its international symposium to the city twice — even though it doesn’t typically travel to a city more than once. When AAW had their event in Portland in 2007, they had very high attendance, which is one reason the search committee selected it again in 2018. Another was that they wanted a more intimate feel from the space, which the convention center was able to provide.

McDonald was also very impressed by the level of service the association received from the facility’s staff. “Everyone says that their attendees are a demanding crowd, but one thing about us is that we represent individuals, and they pay out of pocket to be at the event,” he says. “With that comes really high expectations that they will be well-served. In 2017 and 2016, we had massive failures with the catering and concession services. That was one of the areas we put highest on our list of things we needed from our next venue.”

When the committee met with the staff at the Oregon Convention Center, “they talked about the failures in previous years and addressed them one by one, which gave us great confidence they were listening to us and proactively working to address them,” says McDonald. “We were so well-served that we came away with attendees that probably had the best onsite service they’ve ever had.”