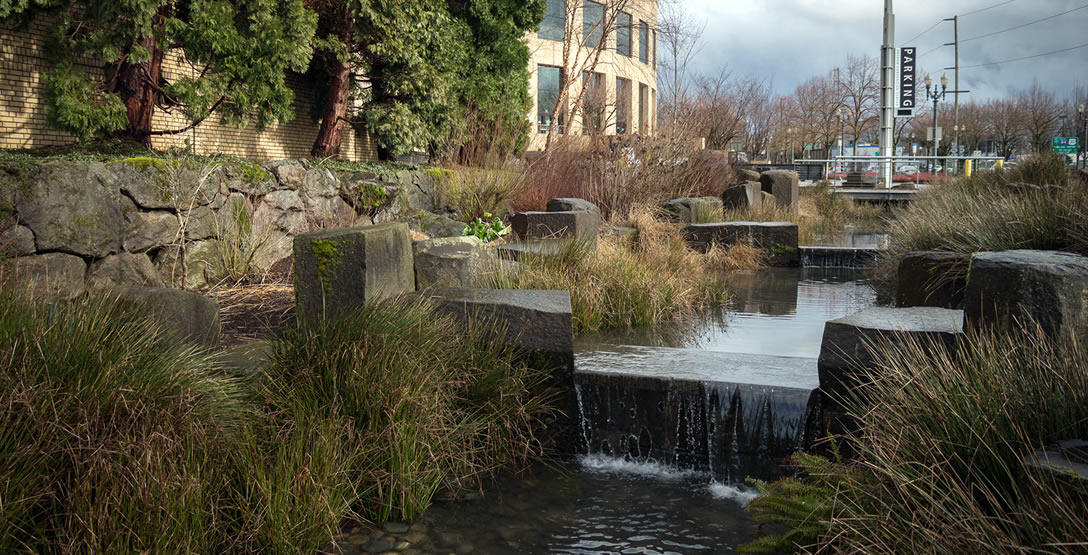 Oregon Convention Center (OCC) was recently awarded the City of Portland's Sustainability at Work certification. Offered by the city's Bureau of Planning and Sustainability, the program has helped thousands of Portland businesses advance green initiatives in the workplace since 2007. OCC is the first Metro venue to achieve the certification.

Sustainability at Work outlines three levels to recognize a business’s positive impact on the environment and community. Oregon Convention Center received certification at the Gold level, the highest attainable under the program.

“It is an honor to join such an impressive list of local businesses and organizations that are committed to the sustainable Triple Bottom Line,” said OCC's sustainability coordinator Ryan Harvey, who led the certification effort.

The Sustainability at Work certification process verifies an extensive list of practices and achievements to which businesses must conform.

Some of the notable achievements that helped OCC meet the Gold level included:

The OCC will hold the current Gold level certification for three years and intends to keep the highest level of certification offered under the program.

The Oregon Convention Center is owned by Metro and managed by the Metro Exposition and Recreation Commission. OCC is a LEED Platinum certified facility that hosts groups from around the world and brings millions of dollars into the Portland and Oregon economy.