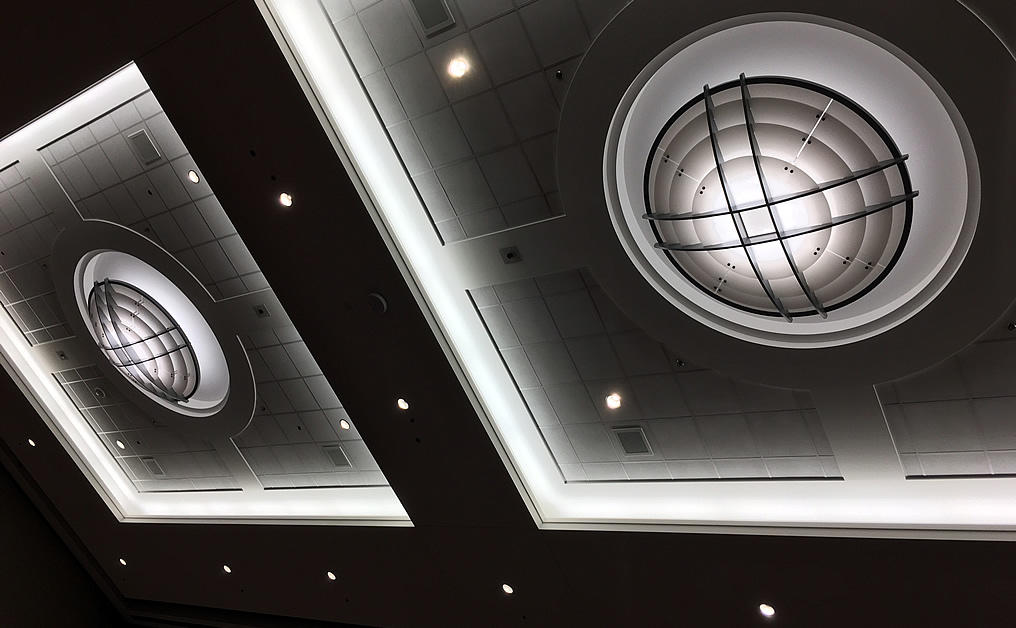 The annual energy savings is estimated to be 1,144,076 kWh, with an annual cost savings of approximately $76,000, meaning the replacement project will pay for itself in less than three years.

In the Oregon Ballroom:

In the Portland Ballroom:

These lighting replacement projects could not have been completed without the support of the Energy Trust of Oregon, which will reimburse nearly a third of the cost upon project completion.

“Energy Trust of Oregon has been an important and valuable partner with OCC for nearly a decade,” said Josh Lipscomb, OCC Facilities Manager. “Over this time, they’ve supported our energy saving projects with over $800,000 in cash incentives.”

“While the cost and energy savings are impressive, the new LED fixtures also provide more flexibility and significantly better lighting levels in all the areas, allowing us to set the perfect mood for any type of event,” added Scott Cruickshank, OCC Executive Director.