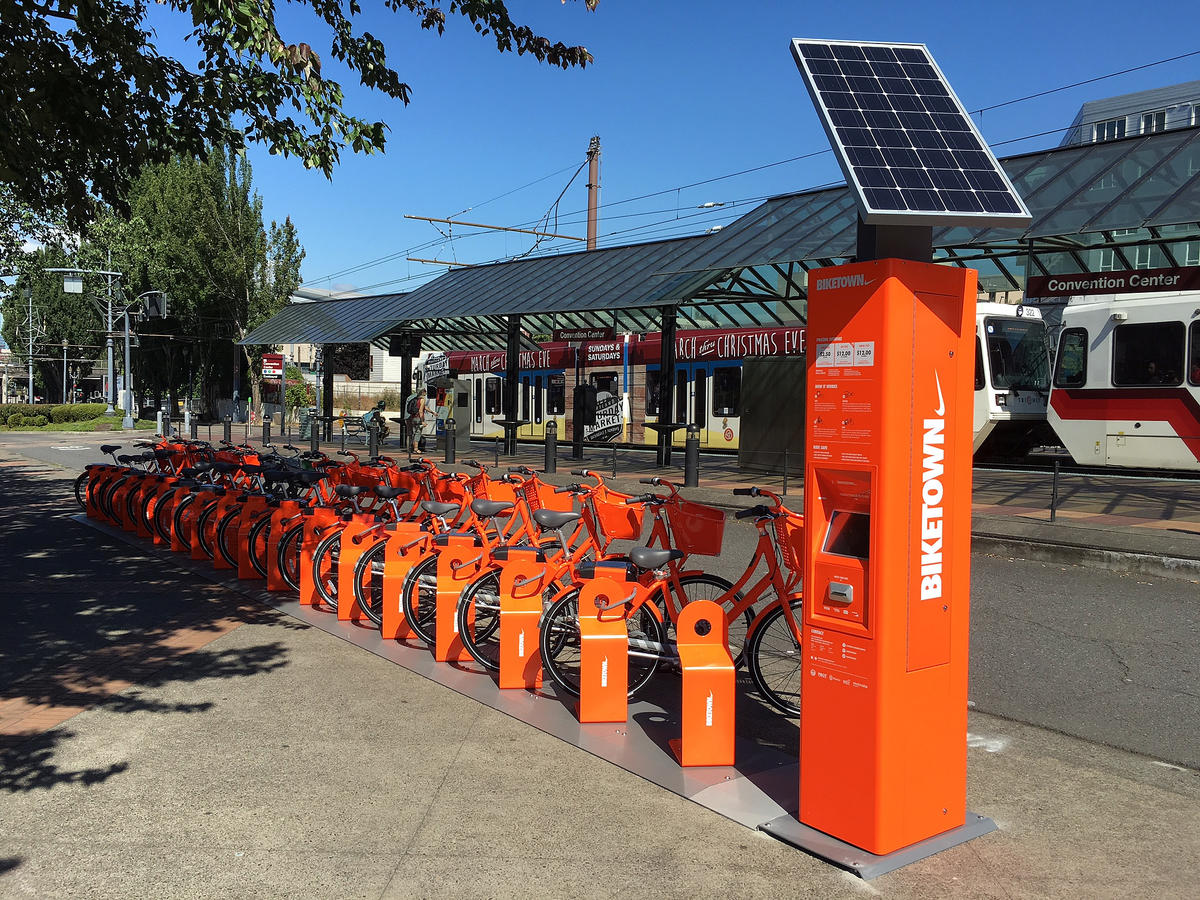 OCC site of one of 100 new BIKETOWN bike share stations

BIKETOWN, Portland’s next generation bike share system, launched on July 19. Portland Bureau of Transportation (PBOT) and its partners unveiled a map of the first 100 BIKETOWN station locations. The map is available at BIKETOWNPDX.com. The stations house 1,000 "smart bikes" with the latest technology. Customers are able to check out a bike using a smartphone, a computer, a member card, or by typing in their member number and PIN into the keypad on the bike. Bikes can also be parked at thousands of publicly-accessible bike racks in the service area. Every bike’s exact location can be viewed in real-time from the system’s website or smartphone app. The app is available here. 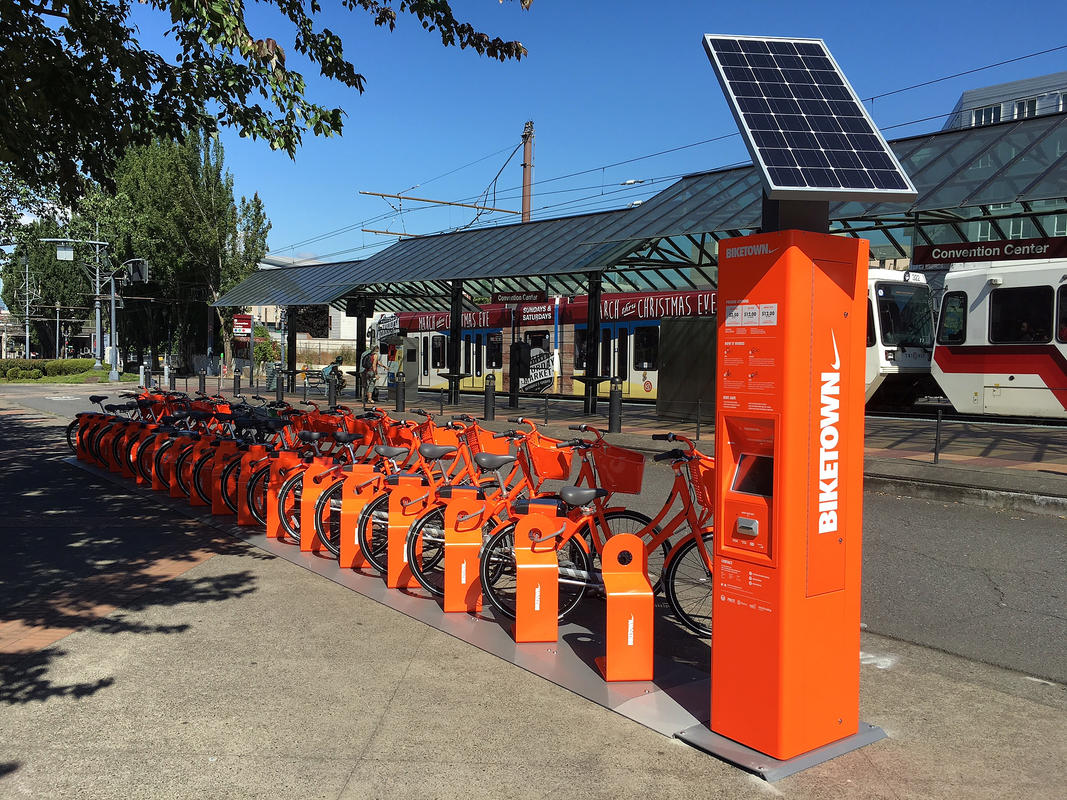 OCC has a corral of 16 bikes at the corner of NE Holladay Street and MLK Boulevard near the Convention Center TriMet MAX train station.

The cost of an annual membership for BIKETOWN is $12 per month, and includes 90 minutes of riding time each day. Single-ride passes and 24-hour passes are also be available for those who want to use the program more occasionally, including tourists.

"The OCC is very excited to host one of the 100 new BIKETOWN locations," said OCC Deputy Director Matt Pizzuti. "It offers visitors a convenient, sustainable, and fun way to explore the neighborhood around the Convention Center, and beyond! Thank you Nike for sponsoring!"