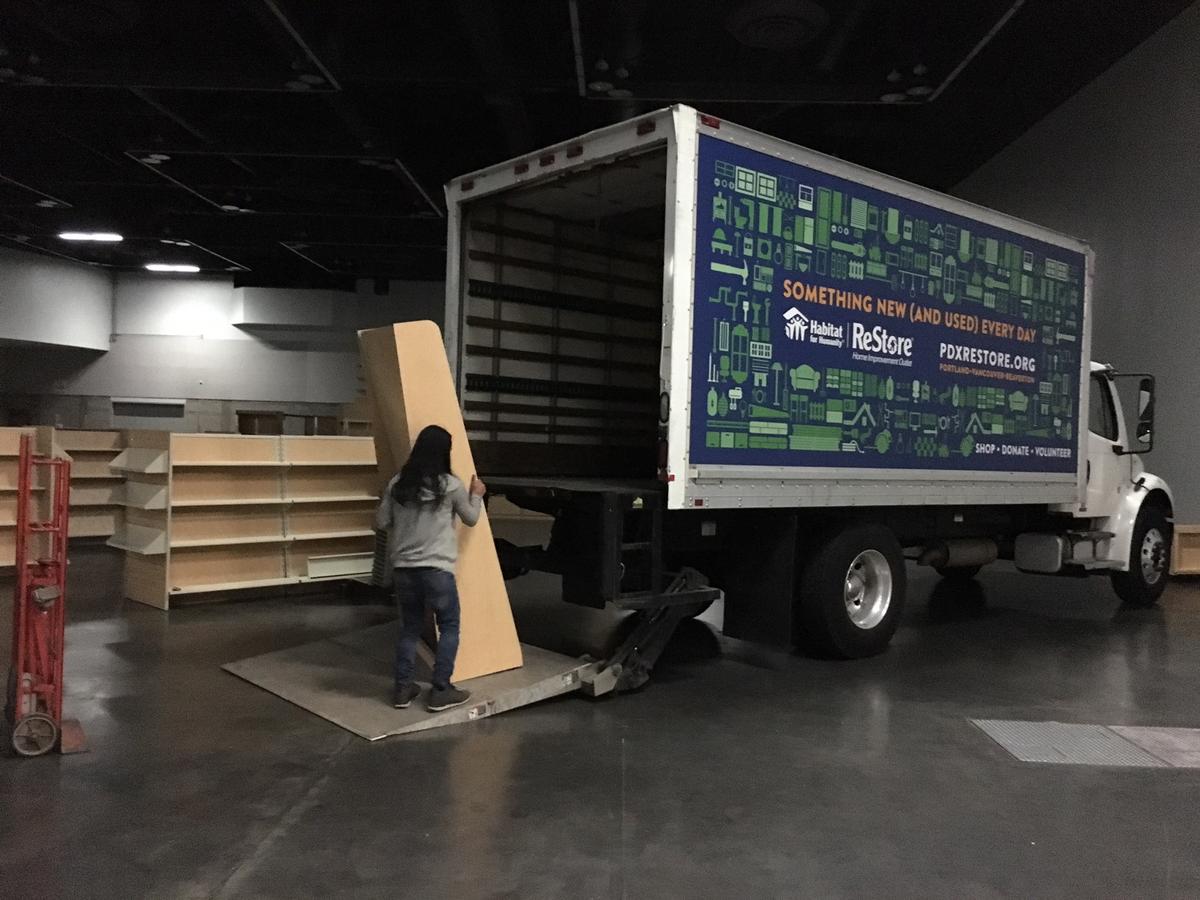 During the United Methodist Church’s 2016 General Conference – which was held at the Oregon Convention Center, May 9-20  –  UMC’s publishing house, Cokesbury, had a very large bookstore set up in one of the center’s exhibit halls. Jeff Barnes, executive director of Cokesbury, approached Triumph Expo and Events, the general contractor and decorator for the show, and asked how to dispose of approximately 50 bookshelves, tables, clothing racks and miscellaneous items.

Shipping all of these items home to Nashville after the show was cost-prohibitive, so Jeff assumed he would need to order some dumpsters to dispose of them. Fortunately, April Dyas, account manager for Triumph Expo and Events, explained, “That’s not what we do here!”

She informed Jeff that the items could be easily donated to one of the many non-profit organizations here in Portland, and the OCC could coordinate the effort. Jeff simply wasn’t aware that this was an option, since no other venue in his experience had even offered it. He was more than happy to provide the items for re-use, since doing so would help another organization that wanted and needed them, and save him some money on disposal fees in the process.

April then contacted OCC sustainability coordinator Rick Hodges, who ultimately connected with Habitat for Humanity’s ReStore Home Improvement Outlet, and they offered to come and retrieve many of the items. OCC’s setup, maintenance and sustainability teams all helped to take the shelving and other items apart for easier transport, and it took three trips to remove a total 7,135 pounds of component parts.

“All these shelving and other units were in excellent, like-new condition,” said Rick, “and I’m thrilled that they will continue to be put to purposeful use. Habitat for Humanity’s Restore took as much as they could, and they then connected us with the Oregon Rail Heritage Foundation, who took the remainder.”

“These are exactly the types of partnerships that OCC strives for with our clients and community groups,“ said Scott Cruickshank, OCC executive director. “Our industry offers many opportunities to act responsibly and sustainably. We are proud of this cooperative effort, since everyone wins – with no cost to the client, nothing going to the landfill, and a very happy home for some still valuable and useful re-purposed items.”