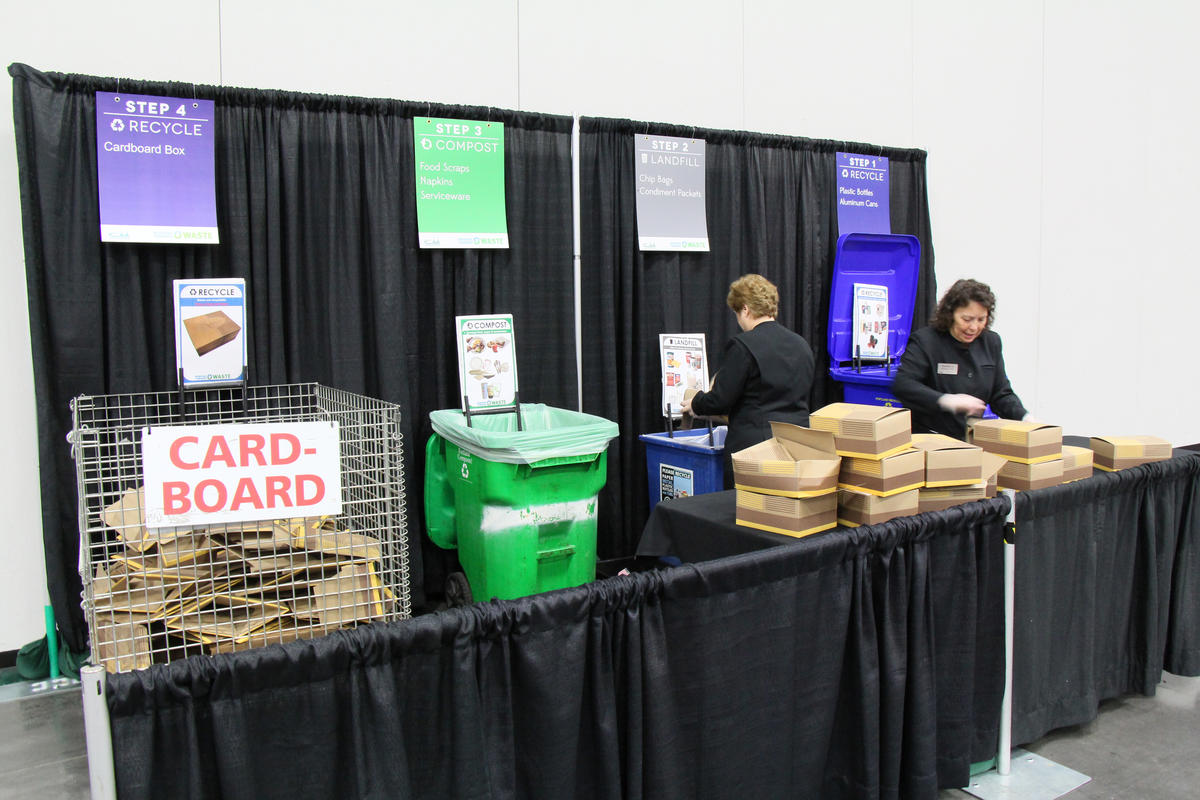 Beginning January 1, 2016, clients who book event space for conventions and meetings at the Oregon Convention Center – as well as the exhibitors who subcontract space during those events - will be subject to a new waste diversion deposit at contract signing. The potential for receiving a full refund is high however, if show managers comply with the facility’s policy that prohibits the use of non-recyclable materials.

The new policy is the first known of its kind throughout the convention industry and is intended to boost the cooperation of convention center clients in the facility’s sustainability goals and achievements, which have earned it LEED Platinum certification, a rarity as a 25-year old venue.

“For well over a decade, we have been successful at building buy-in from staff to embrace our progressive sustainability practices. Now it’s time to engage our clients in this mission. This innovative new policy will help us continue to move the needle on sustainability accomplishments,” said Scott Cruickshank, Oregon Convention Center Executive Director.

The waste diversion policy prohibits hazardous materials, non-recyclable signs, foam core signs, helium balloons or single-use plastic bags. According to local clients, the policy mirrors what has been an informal practice among many show managers in recent years.

“I think it is absolutely great,” said Patti Beyer, Vice President of Sales for DWA Trade Show & Exposition Services. “I think we need to work really hard to get exhibitors educated about what not to bring. The sooner we start the better off we’ll be,” she added.

Matt Pizzuti, Deputy Director of the convention center, explained the rationale behind developing the policy. “We considered a recycling fee at first but realized that a refundable deposit serves as an incentive to our clients so that we all win in the end,” he said.

The waste diversion rate at the Oregon Convention Center was 67 percent in 2014. The target for 2016, once the new policy is in effect, is 80 percent.