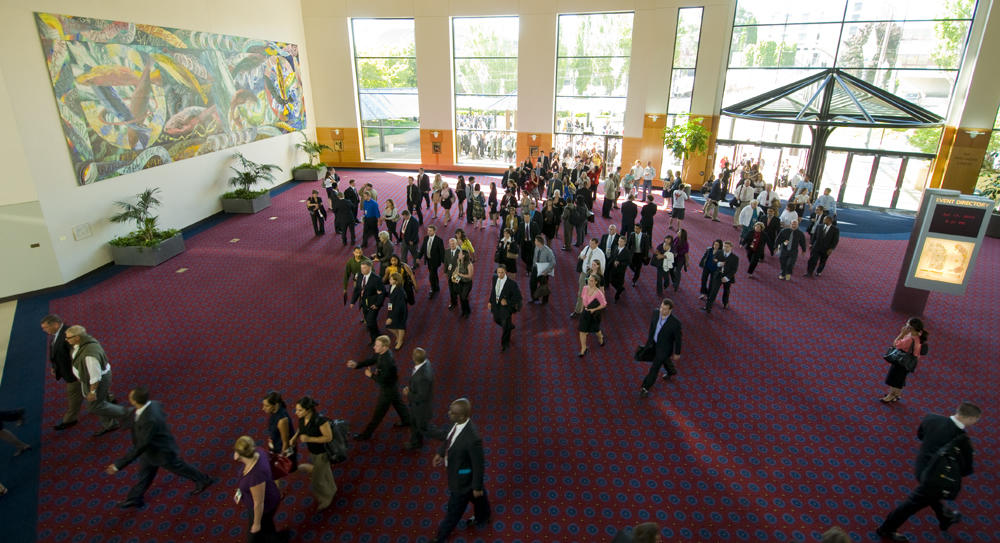 Last week the Oregon Convention Center wrapped up its fourth huge event of 2016 – the 222nd General Assembly of the Presbyterian Church. The conference booked the entire building for 12 days, and more than 3,000 people from all over the country attended.

Just a few weeks before, the United Methodist Church’s top legislative body booked the building for 22 days, and more than 6,500 people from around the globe were hosted during the 12-day event.

And of course, there was the USATF Track and Field Championships and IAAF World Indoor Track and Field Championships back in March, when the building was occupied for 26 days in order to build the indoor track and related facilities to accommodate the seven days of events. More than 44,500 spectators came out to watch the best athletes in the United States and world compete in the two meets.

Never before have four events of this magnitude been packed into a single season at the Oregon Convention Center. Each event posed its own set of security, setup concession and a multitude of other logistical challenges. Our team at the Oregon Convention Center met them all, and the result is that a total of 54,000 people were treated to a memorable Portland experience.